Your e-commerce business is booming. Thanks to your efforts, you’re getting more customer orders than you can manage.

When business was relatively modest, you managed fulfillment yourself. You’d find the relevant item in your in-house inventory, package it carefully, throw in some goodies to ensure a delightful unboxing experience, ship it, and send your customer an email letting them know it’s enroute.

Now, you have far more orders than you can possibly manage and you’re thinking about outsourcing your fulfillment. In other words, you need someone else to handle your:

Today, Amazon FBA (Fulfillment by Amazon) is a popular third-party logistics (3PL) provider for companies that are in this position. Businesses simply send their goods to an Amazon warehouse where they are stored until an order comes in. Once an order arrives, Amazon manages the end-to-end fulfillment process.

In this guide, we’ll help you understand:

Should I Choose Amazon FBA or Shopify Fulfillment Network?

First, it’s important to mention that Shopify Fulfillment Network has not fully launched yet. At present, early access is only available to qualifying merchants – those that ship between 10 and 10,000 items per day. However, Shopify plans to eventually expand its fulfillment service to merchants shipping 30 to 30,000 items per day.

While the Shopify Fulfillment Network may not be fully launched yet, it’s still worth comparing it with Amazon FBA, especially since Shopify has ambitious goals for its fulfillment network. (It plans to soon be able to deliver to 99% of the continental United States within two days or less! Sound familiar?)

While expedited delivery is an important benefit, Shopify is also planning to compete with Amazon by addressing pain points small- and mid-sized business (or SMB) users have with traditional online marketplaces. Major complaints include unfair competitive practices, branding, and lack of transparency.

As your business grows, it’s a good idea to think about what kind of fulfillment service is best for your brand.

The Fundamental Difference Between Amazon FBA and Shopify Fulfillment Network

Before we dive into the technical differences between Amazon FBA and Shopify Fulfillment Network, let’s talk about the fundamental difference between the two.

With Amazon FBA, you’re kind of like an informal supplier for the “Everything Store” that is Amazon. In fact, you could become your own “everything store.” Aside from the product descriptions that you provide, there isn’t a lot of differentiation between your products and the other products on Amazon.

That said, if you want to quickly access the marketplace, Amazon is your best bet. Almost half of all e-commerce purchases go through Amazon, which gives you access to a large volume of potential customers.

On the other hand, Shopify allows you to differentiate yourself as a brand. You have the opportunity to sell products through your own customized website. For a company that is looking to expand its name recognition and grow its business, this is a huge advantage. 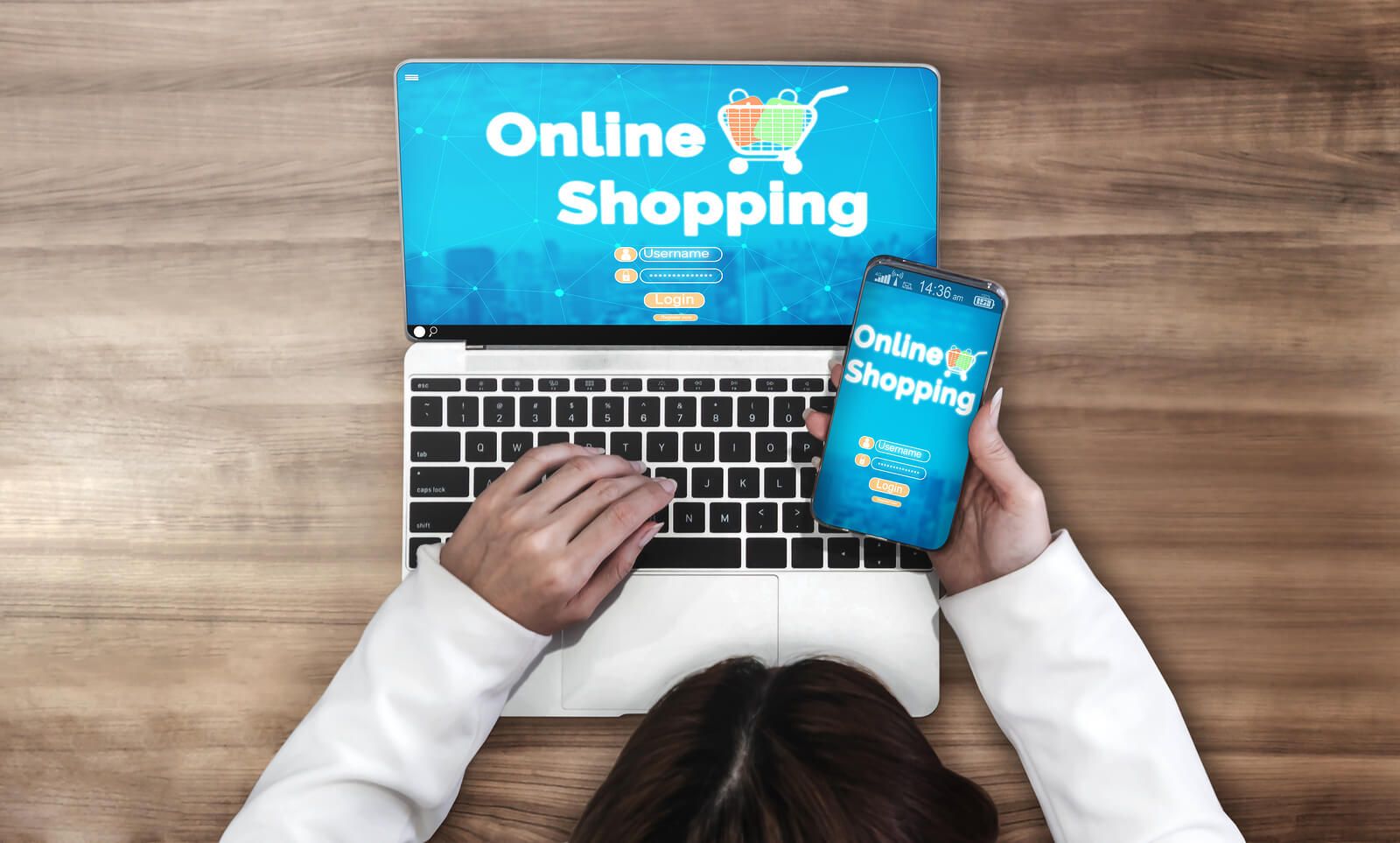 That said, someone who mostly uses Shopify must be a savvy marketer. Unlike Amazon’s Marketplace, there won’t be customers simply stumbling upon a Shopify store owner’s goods, so it’s important for entrepreneurs to proactively drive traffic to their sites.

You may be interested: For detailed information about Amazon Seller Central and Amazon Vendor Central, check out our article.

How Do Amazon FBA and Shopify Fulfillment Network Compare on Price?

While we’re on the topic of fundamental differences, let’s quickly tackle price.

If you want to use Amazon’s FBA service, you’ll have to pay three monthly fees: your professional plan, your fulfillment fee, and your inventory storage fee.

First off, people who want to sell on Amazon must choose between two plans:

If you’re planning to use Amazon FBA, then you’ll need the Professional Plan, which costs $39.99 per month.

By comparison, the Individual Plan has no monthly fee. You pay $0.99 for each item you sell. Amazon designed this package for people who sell less than 40 items per month. However, it doesn’t come with the inventory management features and flexibility that the Professional account provides.

In addition to the fulfillment fees, there is also a monthly inventory storage fee, which is charged per cubic foot and is based on your daily average volume.

At the moment, pricing for the Shopify Fulfillment Network isn’t publicly available yet. Qualified merchants who are interested in early access must first apply through the Shopify site to learn more details. However, we do know that the Shopify pricing model will be similar to the Amazon FBA fee structure:

How Do Amazon FBA and Shopify Fulfillment Network Compare on Inventory and Order Management?

Amazon certainly has an advantage over Shopify in terms of its network. Despite increasing demand and a shortage of warehouse space and workers, Amazon boasts more than 175 fulfillment centers worldwide and 150 million square feet of space, operated by 250,000 full-time employees across the entire network.

The bulk of its physical footprint is in North America, where Amazon has 110 facilities.

Here’s how it works:

Today, Shopify does not have a fulfillment network comparable to Amazon. However, the company has announced plans to spend $1 billion over the next five years to build up the necessary infrastructure.

The company has also said that it intends to stay true to its focus as a software company. To compete with Amazon, Shopify’s warehousing and inventory solution will rely on data for radical optimization. According to Shopify COO Harley Finkelstein, merchants will be able to deliver their goods faster and cheaper than they can today by using the company’s expertise in smart inventory allocation, demand forecasting, machine learning, and intelligent order routing.

You may also like: These are the main benefits of the Amazon Buy Shipping label service.

How Do Amazon FBA and Shopify Fulfillment Network Compare on Shipping Management?

With Amazon FBA, customers and retailers benefit from Amazon’s expert shipping practices. Once a customer makes an order, Amazon processes the payment and ships your product using the shipping method you specified. Amazon then sends the customer a shipping confirmation email with a tracking number. Customers also benefit from the flexible shipping options Amazon offers.

If customers have questions about their product or its location during shipping, Amazon’s customer service team manages inquiries on your behalf. That said, you are responsible for reviewing and responding to any comments left on your product page on Amazon’s website.

Then, every two weeks, Amazon adds up your sales, deducts their cut, and deposits the remainder into your bank account.

There are few negative reviews of Amazon’s shipping service. By and large, its fulfillment network is described as a well-oiled machine. That said, FBA customers give up control over their brands and customer experience. You’re one of many in the vast Amazon marketplace, and your products are shipped in Amazon-branded boxes. You may miss out on simple marketing opportunities, like throwing a flyer into your shipping boxes.

Again, there isn’t much information available now on how Shopify’s shipping system will function. Presumably, they will use an operational approach similar to Amazon. However, the company has publicized how they plan to differentiate themselves from Amazon FBA when it comes to retailer experience.

Shopify’s Chief Product Officer, Craig Miller, provided a glimpse into Shopify’s intended approach during the company’s annual Unite developer conference. While the company didn’t mention Amazon by name, he pointed out specific pain points merchants experience when using large marketplaces (Amazon, in other words), which Shopifuy plans to address with its own solution. These include:

Shopify has also said it doesn’t plan to operate its own trucks in the near future. It plans on staying true to its roots as a software company by working with third parties for the actual transportation and logistics and providing those partners with the tools and data they need.

The answer to this question depends on which group of users you’re referring to.

If you’re an individual or a smaller seller simply interested in making some money, it’s likely that Amazon will still be your best choice. Its high traffic, extensive logistics network, and well-oiled fulfillment operation makes it easy to get your products to customers through FBA.

On the other hand, if you’re interested in establishing your own brand, then Shopify is the better fit. With Shopify, you’re responsible for driving traffic to your website – so it isn’t as easy to make money right from the start – but you retain ownership of your brand as you become more successful.

This focus on empowering individual brands is inspiring Shopify’s approach. It wants to provide a powerful retail solution for companies that don’t want to surrender their products – and brands – to a third-party marketplace.

At the end of the day, Amazon competes with the companies on its marketplace, while Shopify’s entire business model relies on the exponential growth of the brands that use its service.

Shopify’s move into fulfillment is a big sign that the ecommerce market is far from saturated. Rather, it’s just revving up. While Amazon may dominate the U.S. online marketplace right now, companies like Shopify are realizing that there’s room for other players who can address pain points that are being overlooked by the larger marketplaces.

At the moment, you may stick to Amazon for fulfilling your orders, but keep an eye on Shopify’s full launch of its fulfillment network to determine whether it’s a better fit for your business.

No matter your 3PL solution choice, Logiwa can help you. Schedule a WMS demo today.

Improve your inventory across your supply chain. Professional ServicesEverything you need for short and long-term success

All Integrations See all 200 ecommerce, accounting and shipping integrations

Company Overview Learn about Logiwa and what motivates us

Press & News Read what the press is saying about Logiwa

Contact Info Want to get in touch or come by our office?

This website uses cookies to improve your experience while you navigate through the website. Out of these, the cookies that are categorized as necessary are stored on your browser as they are essential for the working of basic functionalities of the website. We also use third-party cookies that help us analyze and understand how you use this website. These cookies will be stored in your browser only with your consent. You also have the option to opt-out of these cookies. But opting out of some of these cookies may affect your browsing experience.
Necessary Always Enabled
Necessary cookies are absolutely essential for the website to function properly. These cookies ensure basic functionalities and security features of the website, anonymously.
Functional
Functional cookies help to perform certain functionalities like sharing the content of the website on social media platforms, collect feedbacks, and other third-party features.
Performance
Performance cookies are used to understand and analyze the key performance indexes of the website which helps in delivering a better user experience for the visitors.
Analytics
Analytical cookies are used to understand how visitors interact with the website. These cookies help provide information on metrics the number of visitors, bounce rate, traffic source, etc.
Advertisement
Advertisement cookies are used to provide visitors with relevant ads and marketing campaigns. These cookies track visitors across websites and collect information to provide customized ads.
Others
Other uncategorized cookies are those that are being analyzed and have not been classified into a category as yet.
SAVE & ACCEPT
Powered by